There has been a development. We arrived at the Blarney caravan & camping park (yes, it’s that Blarney, with the stone and everything), to find another spaceship parked inside. It has the reverse colours – bright orange with white dots – but it is named Ford Prefect. FORD PREFECT! I thought that Mulder was pretty cool, casual and hipster. But Ford Prefect?! That is the best name that had ever been made up in the history of the Universe. Almost literally. It is a name created to blend in, but which stands out like none other. This is bad. We’ve been out-named.

Off to the Muskerry Arms to drown our sorrows in a pint (Guinness for me, Bulmers for Butters) and watch Wigan v Arsenal.

This is a disaster. 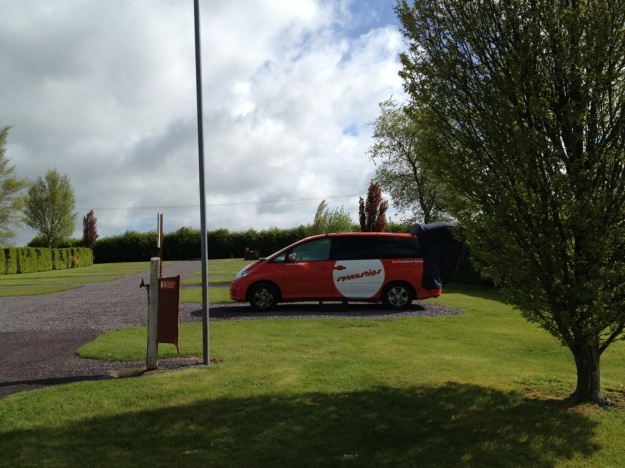